Starry night with howling wolf under a full moon!

I feel like I could blog everyday, still so many mani's to show you also from weeks, months or even years ago haha. Today something I've made this week. I had to try an untried polish that I have over a year now. And also wanted to use some plates I had never used before.

The polish and his name kinda matched the mani theme :) 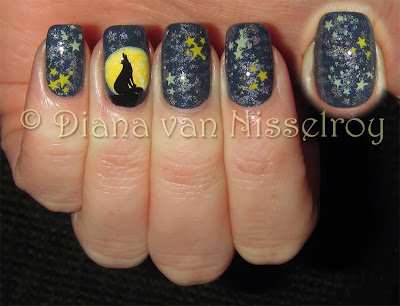 Base Essence Vampire's Love 02 Into The Dark. Stamped full nail holo stars with China Glaze OMG and Vivid Lacquer VL014 plate. Stamped the other stars also with VL014 and Konad SN pastel yellow and SN yellow. The moon is the peace sign from BM320 that I colored with pastel yellow, yellow and white. The howling wolf is stamped with Konad SN black and LLC10.

And some swatches of this pretty base color. 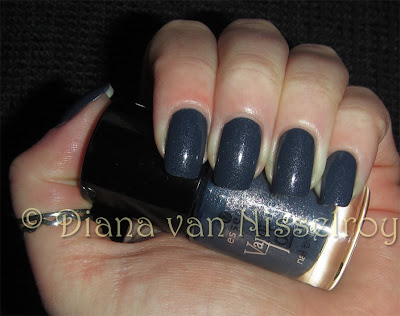 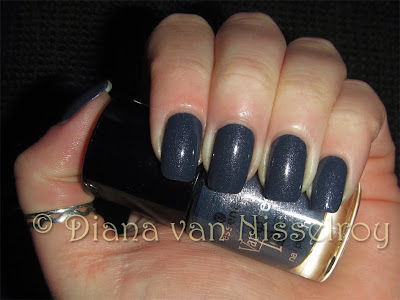 I actually liked this polish more then I thought when I had it on my nails.

The LeaLaC LLC plate I bought at Llarowe, but it discontinued I believe :(
BM plates you can find at Bundle Monster.
And Vivid Lacquer you can buy in her etsy shop and can also check out her facebook page