The challenge in one of the Facebook groups was Monkey See Monkey Do. I wanted to do a mani from the lovely Nickynailslove I really love her work and she is such a sweet person too. I did not had much time to do a mani so mine version is really quick and not as pretty as hers ;)

I did not used the rhinestones and also did not made it matte. She also used a silver polish, I don't own a silver stamping polish so a used a lavender metallic one.

For the base I used Flormar 47 and on top Orly Royal Navy. I wasn't sure if the Orly polish would be opague enough so did one coat of the Flormar first. Stamped with China Glaze Sci-Fi and used BP-11 for both the images.

Here a close up from just my mani, 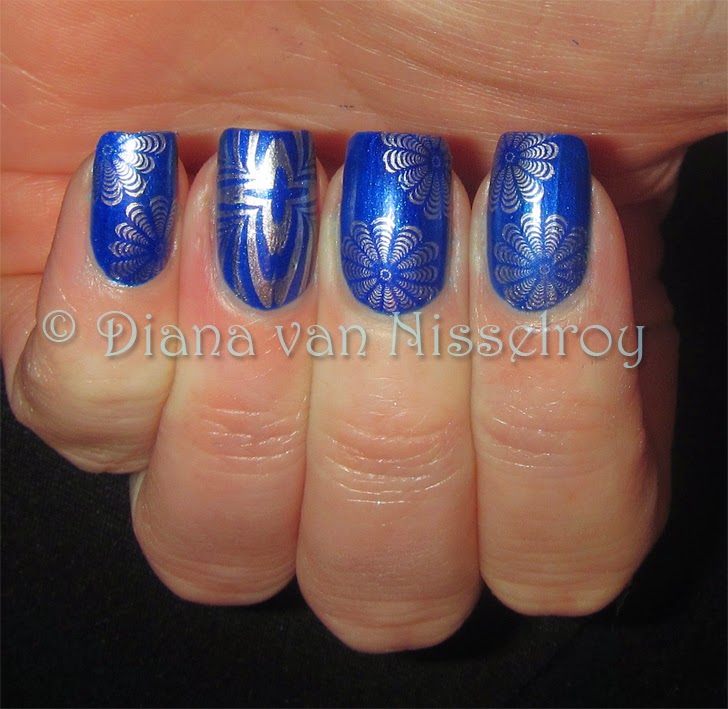 And also a swatch picture. 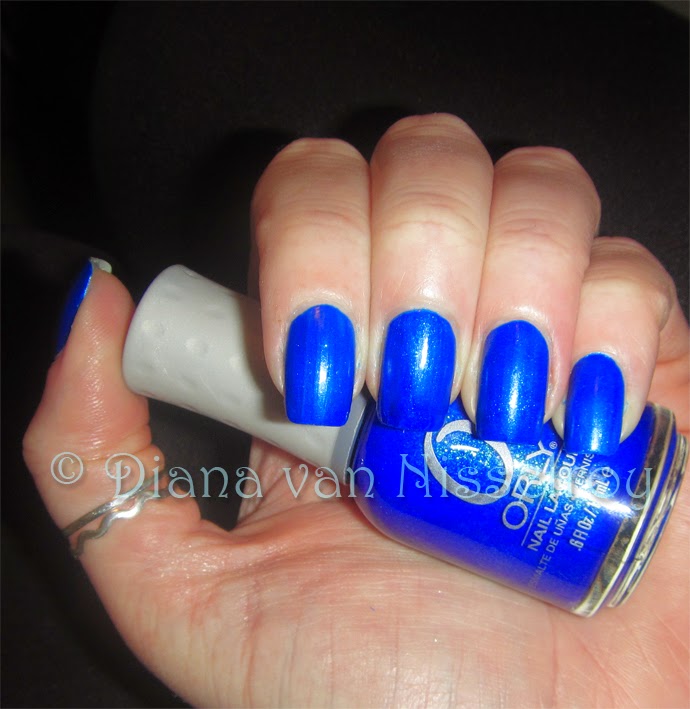