Today is World Turtle Day :) I did not even knew there was such a thing, but now I do. Thanks to Nailpolis. They have a World Turtle Day challenge there (so many super cute and beautiful mani's). As some of you may remember about 1,5 years ago I went to Zakynthos on holiday. Zakynthos is a Greek island well known for the "Caretta Caretta" turtle (also known for partying but that was the reason I was there haha) There are many hatching beaches there. During our vacation we learned a lot more about these turtles and even got to see them swimming in the ocean. You can see all the turtle manis and my holiday pics in previous blogposts (search Greece + turtle). I still haven't blogged about one of the 3 turtle mani's I did back then (told you still soo many mani's to show LOL) I did share all my previous turtle manis in the Nailpolis challenge, but ofcourse I also wanted to do a new turtle mani.

I think turtles are amazing animals. So I did a mani with little baby turtles hatching from their eggs finding their way into the big blue ocean. One little guy already made it (middle finger) and is under water :) From all the eggs that actually hatch only a few make it into the ocean. And even if they make it, their chances of survival aren't that big either. Poor little baby turtles.

I've been wanting to do this mani ever since I got my Stampaholics ST01 plate..now almost a year later I finally did it for this challenge :) 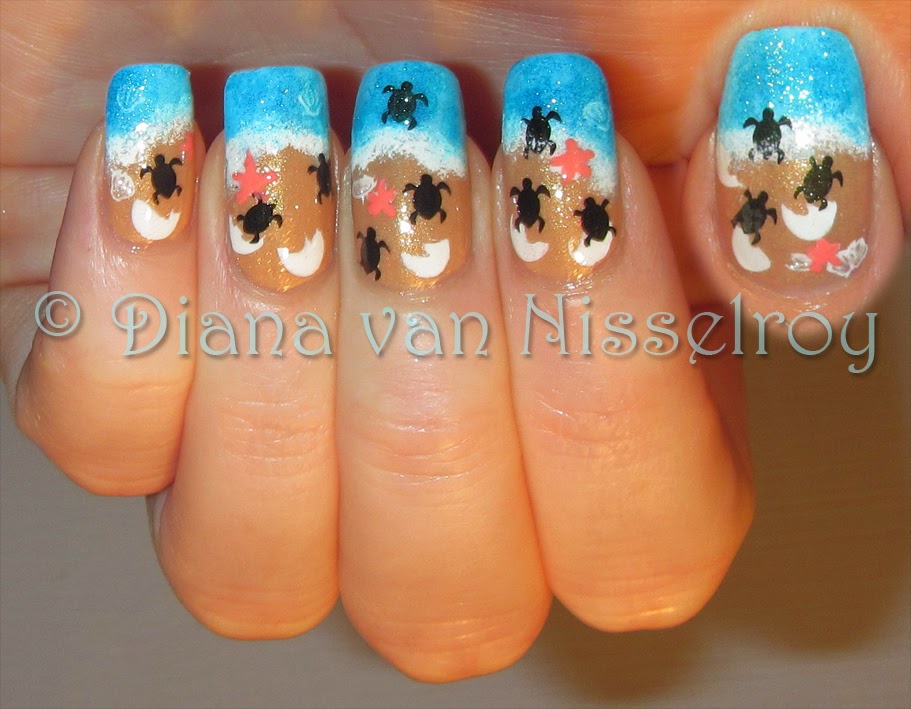 I used a nude with golden shimmer from Catrice (very old can't see the name anymore) for the beach. Sponged with Konad pastel blue over it and white in between the water and the sand. Sponged over the pastel blue with a shimmery blue from Catrice C02 Never green before to give it more of a water effect with the shimmer and some places a little darker.

Used Konad SN white to stamp the broken/ hatching eggs made with parts of Nailways Spring Time Easter Bunny plate A-NW00006. The shells in the water and on the beach are from HB46 (colored over them with Kleancolor Metallic white for the shimmer pearly shell effect. And ofcourse the dark green (Konad black mixed with moss green) cute little baby turtles are from Stampaholics﻿ ST01 plate <3  I freehanded the little starfishes with a self made coral stamping polish :)


I was a little inspired by my nail friend Aasta﻿ her beach mani she gave me the idea to sponge white between the ocean and the sand.

I took some more pictures in different light. 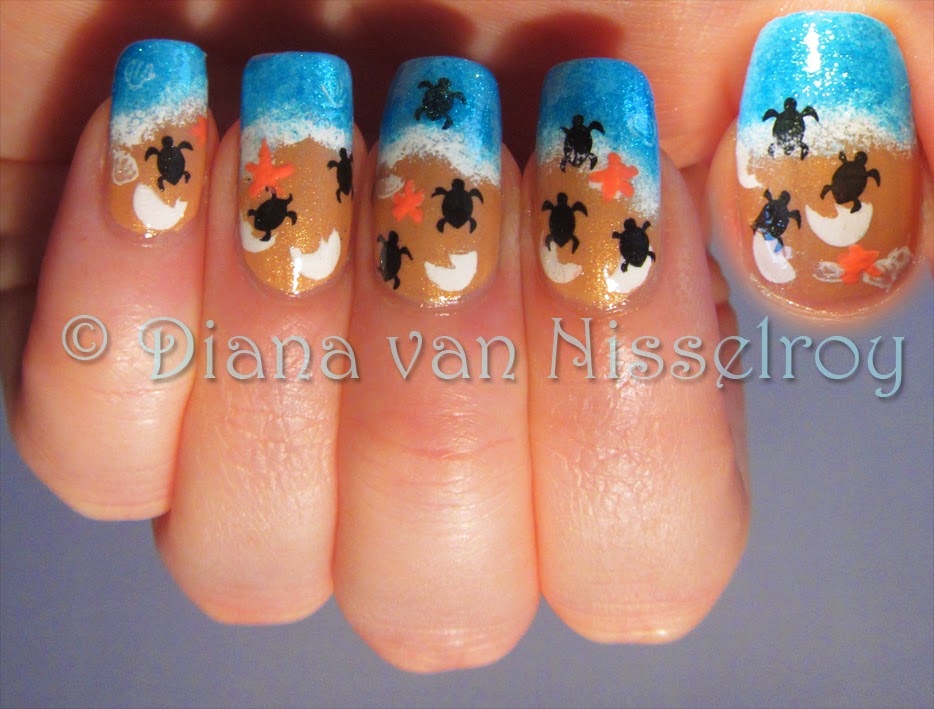 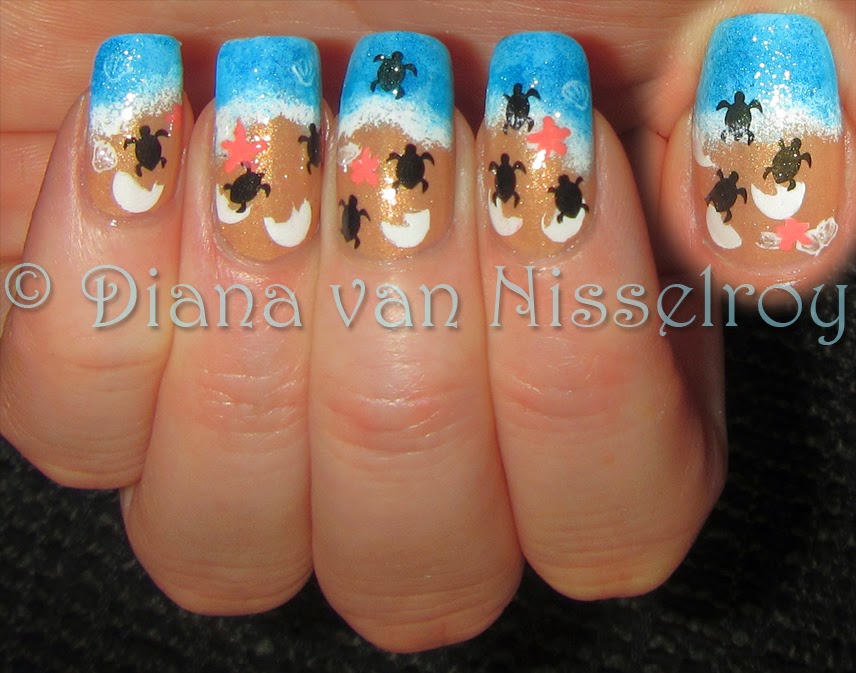 I know not everbody likes these sceneries on their nails, but I do and I just enjoy making them.


ST01 is also still one of my favorite plates, if I am correct she will be expecting new stock and her fourth ST04 plate next month.

Happy World Turtle Day and have a nice weekend.