Here my World Cup nails for this year. Will do more ofcourse so hopefully we make it passed the first round ;) I did these earlier last week before I cut my nails. I needed them long to do this ;) And that night the Dutch team was playing their last friendly practise game, so it was fun to watch with orange nails :) Now I won't have much time to do my nails. 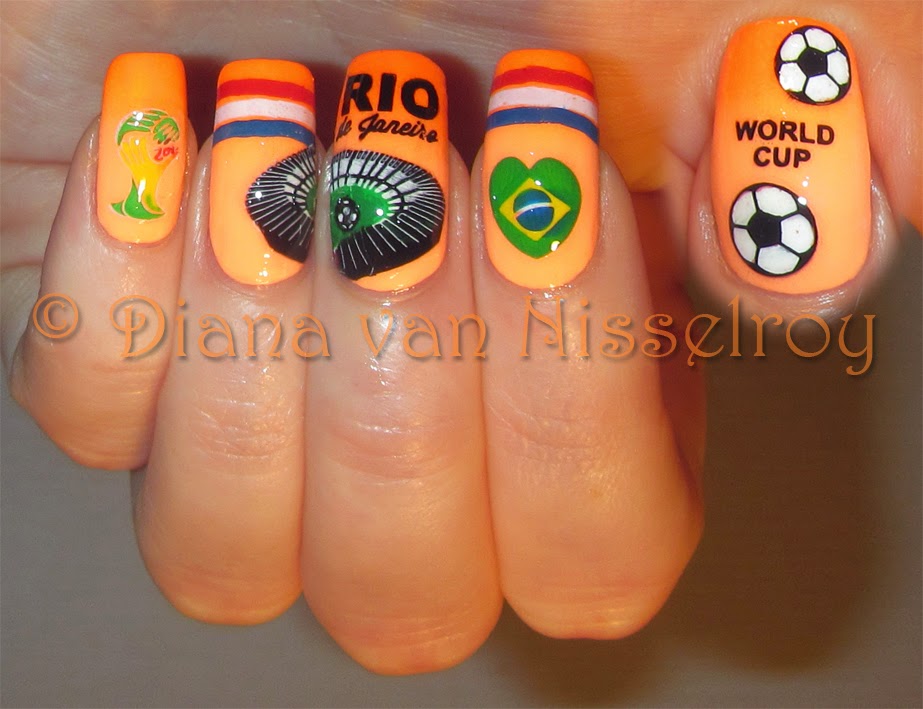 Base a gradient with China Glaze Son of a Peach and Impala Tech. Made some stamping decals and layered the stamping decals and stamping too. World Cup from MJ XXIV test plate stamping using multiple colors and layered it over a white image, cause otherwise the colors would not show up well. The Dutch flag is stamped with Konad M44 stamped all the lines seperately. The stadium, Rio and the Brazil flag heart are from Moyou Tourist 14. The smaller ball and World Cup from Konad M49 and the bigger soccer ball is from Konad M52. Used Konad SN black, white, red, blue, yellow and green.

And some more pictures. 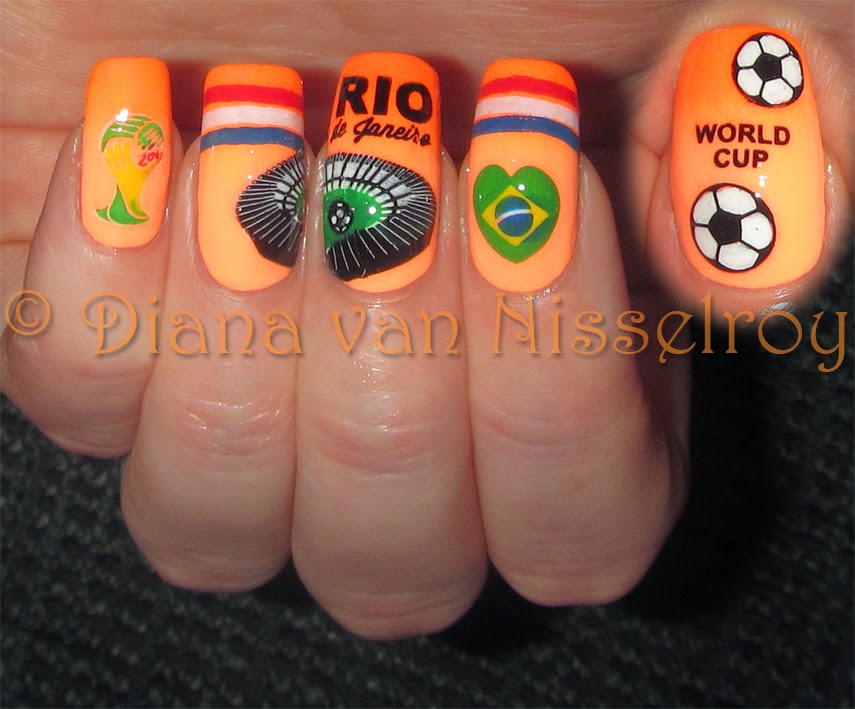 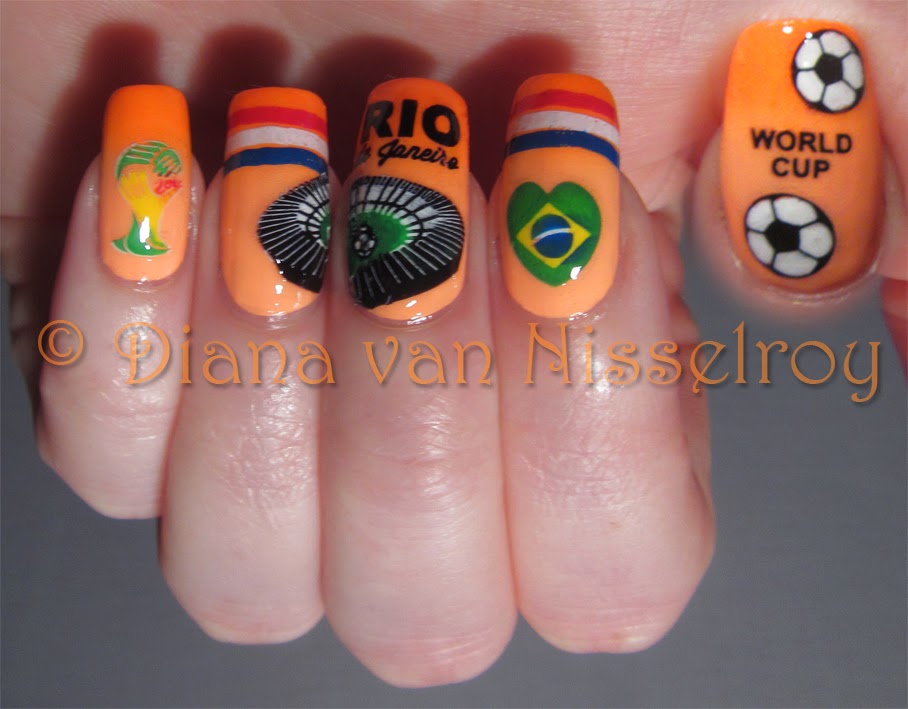 It was really hard to scrape and not blend the colors on the world cup and the grass in the stadium and later adding a stamping decal of the little ball on top, but at the end I really liked this soccer/footbal mani.

And some pictures of the gradient base. 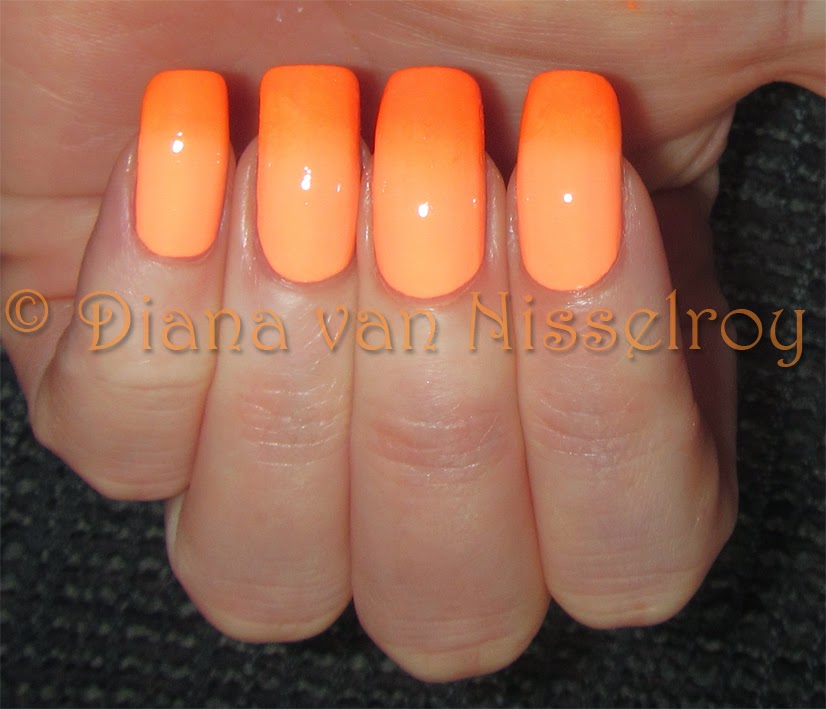 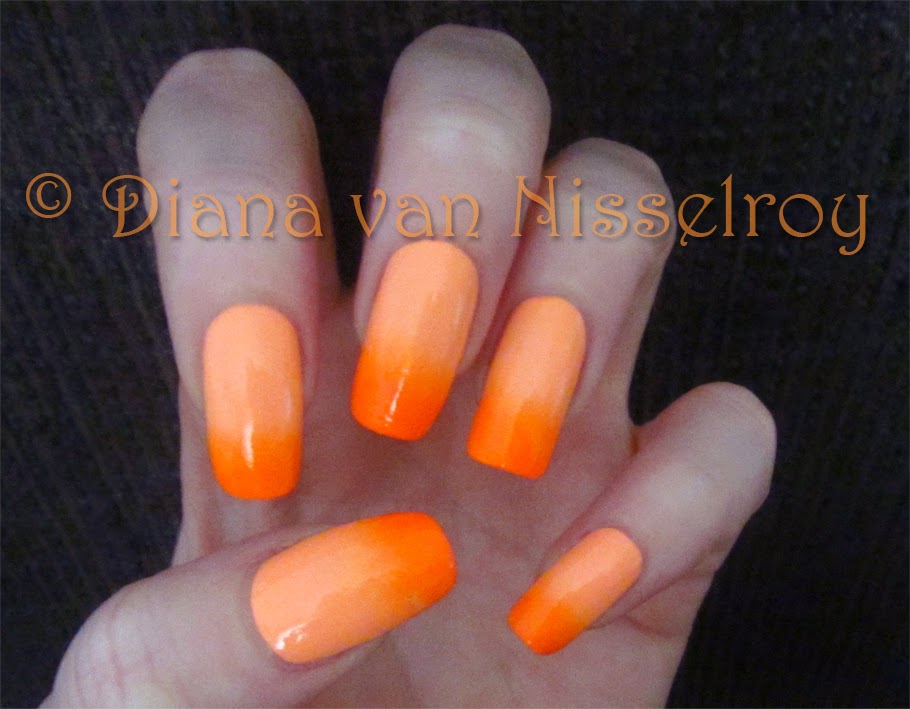 I really liked this orange gradient base.

Are you making World Cup nails? If you want to see more you can always search here for previous World Cup/ European Cup nails.

Tonight our Dutch team will play against Spain..so we need all the luck we can get haha.

Have a great weekend!